Christian and Curtis of Avant Arte have known each other since they were around eight years old, growing up in Almere, a city about 30km east of Amsterdam. They’ve made a name for themselves in the art world, and they’ve done it all without any relevant education or background in art. “Being from Almere means you’re an underdog when it comes to art,” Curtis says. Despite this, they’ve amassed 1.7 million Instagram followers and they’re among Forbes’ 30 under 30, a list of the most influential young disruptors. What began as doing research on their interests now has a concrete goal: making art accessible to those who normally can’t afford it.

“Being from Almere means you’re an underdog when it comes to art.” 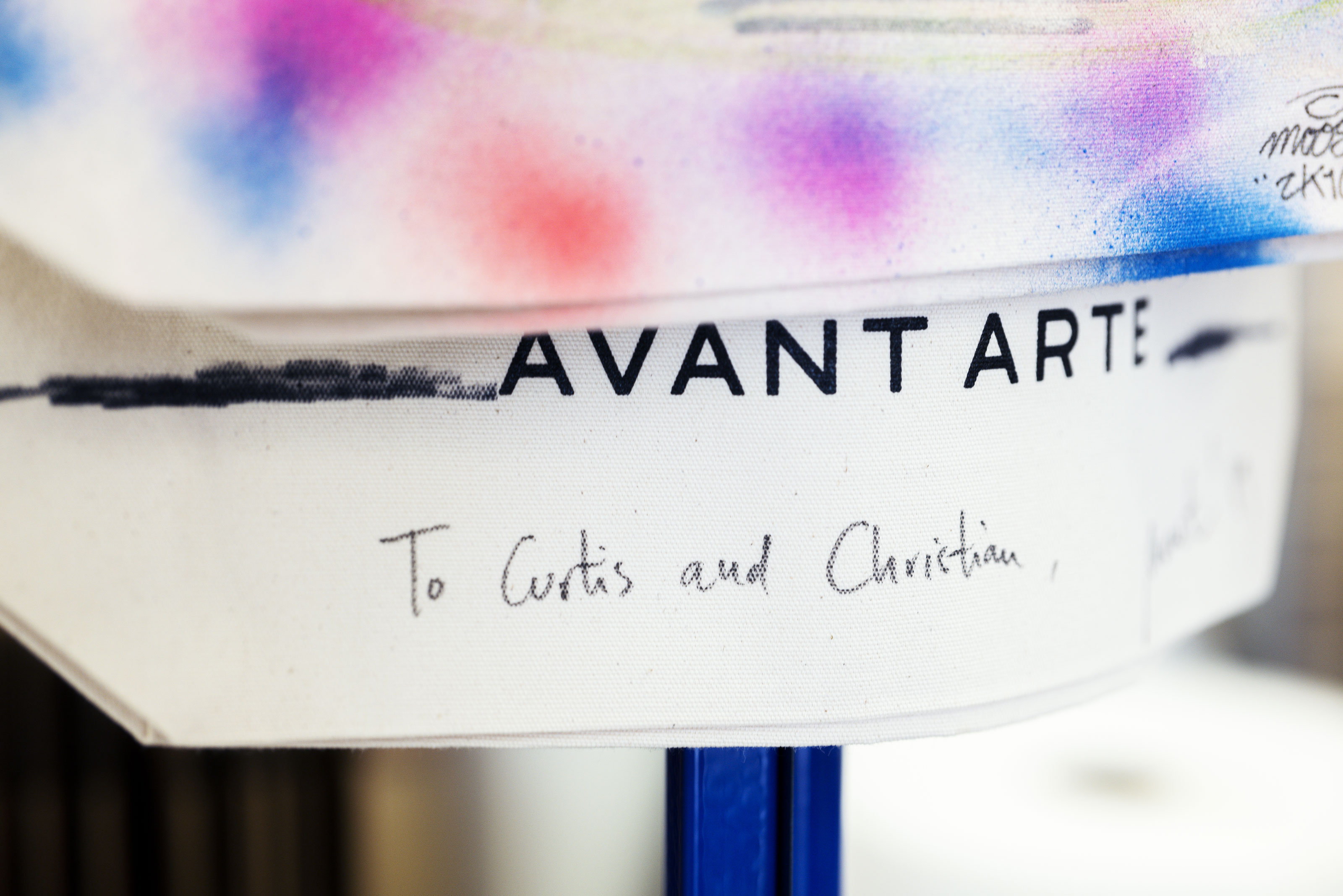 It all began a couple of years ago, listening to artists like Jay-Z and Kanye West. “When Jay-Z and Kanye West rapped about money, champagne, and cars, we knew what they were talking about,” explains Curtis, “but when it came to art, we didn’t have a clue.” This caused them to start educating themselves. “We started diving into it, but Almere doesn’t have anything when it comes to museums and galleries, so we took our search to the Internet.” Here, Curtis says, “I discovered that Kanye Wests’ album covers were all done by famous artists, for example, George Condo did My Beautiful Dark Twisted Fantasy. One day, I hope I’ll be able to own one of his pieces.”

Thousands of followers every day

Curtis and Christian initially kept track of their discoveries in a document, but they found this approach lacking. So, they looked to the internet to share their insights and thoughts, first on Tumblr and later via Instagram. And here, it really worked: they gained thousands of followers every day. They shared whatever they thought was cool, around three pieces of art a day. But did their Instagram game earn them any money? “Absolutely not,” says Curtis, and this was on purpose. “There are influencers earning a lot of money by being sponsored on Instagram, but that’s not for us. It would ruin our credibility.” 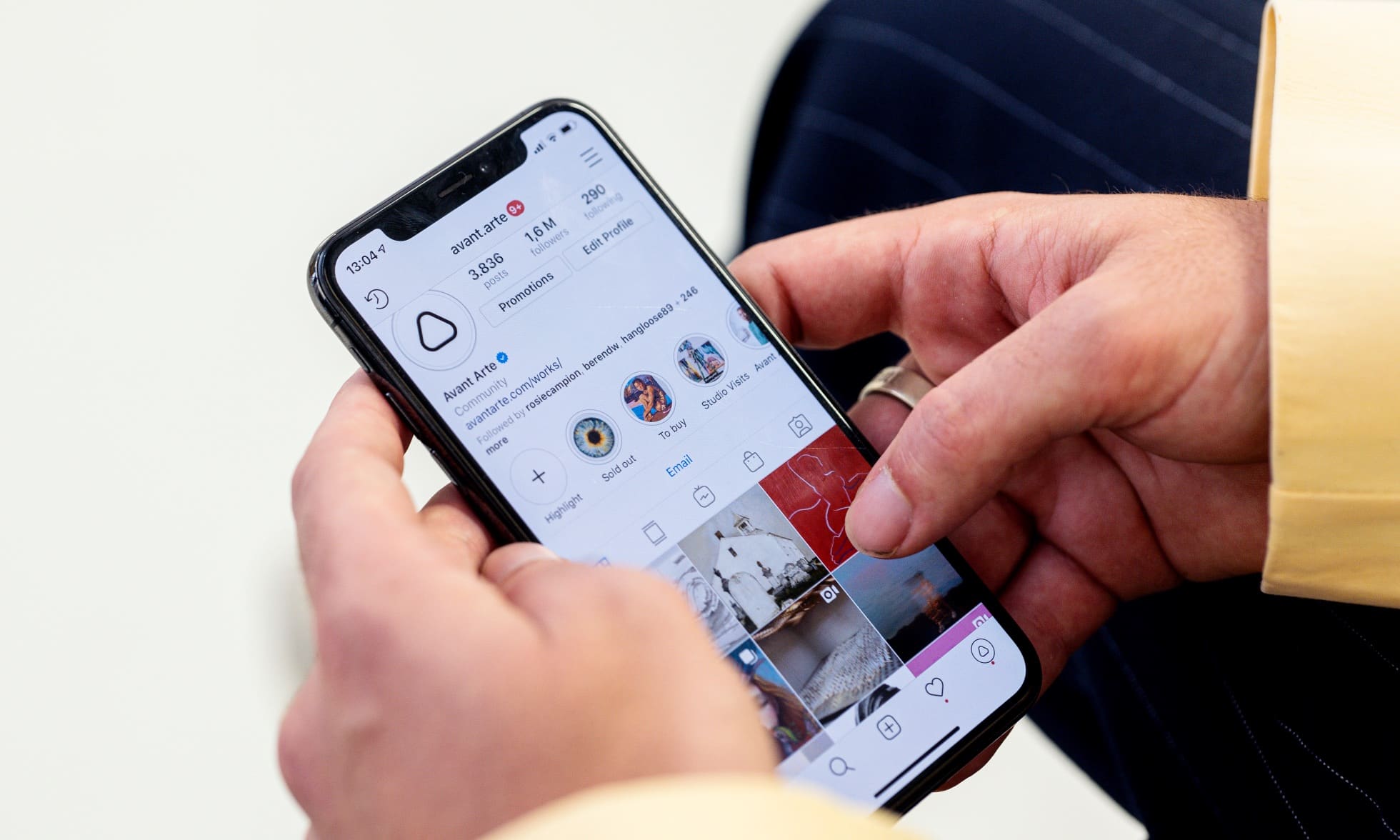 Still, they thought it’d be worth it to get more out of their project. “If you want to be successful, you gotta prove yourself first. This doesn’t always have to result in a payday but if you can earn money doing something you like, then you gotta do it.”

“There are influencers earning a lot of money by being sponsored on Instagram, but that’s not for us. It would ruin our credibility.”

Limited editions of works of art

In 2017, Curtis and Christiaan were asked to help organise a show in London. “So many people came but unfortunately, there were only two groups of people there: hipsters that came for the free booze and bankers that bought up everything in no time.” The show was a success, but the art was still being scooped up by the well-off. Curtis and Christiaan still couldn’t afford to buy the type of art in the show they had just organised. 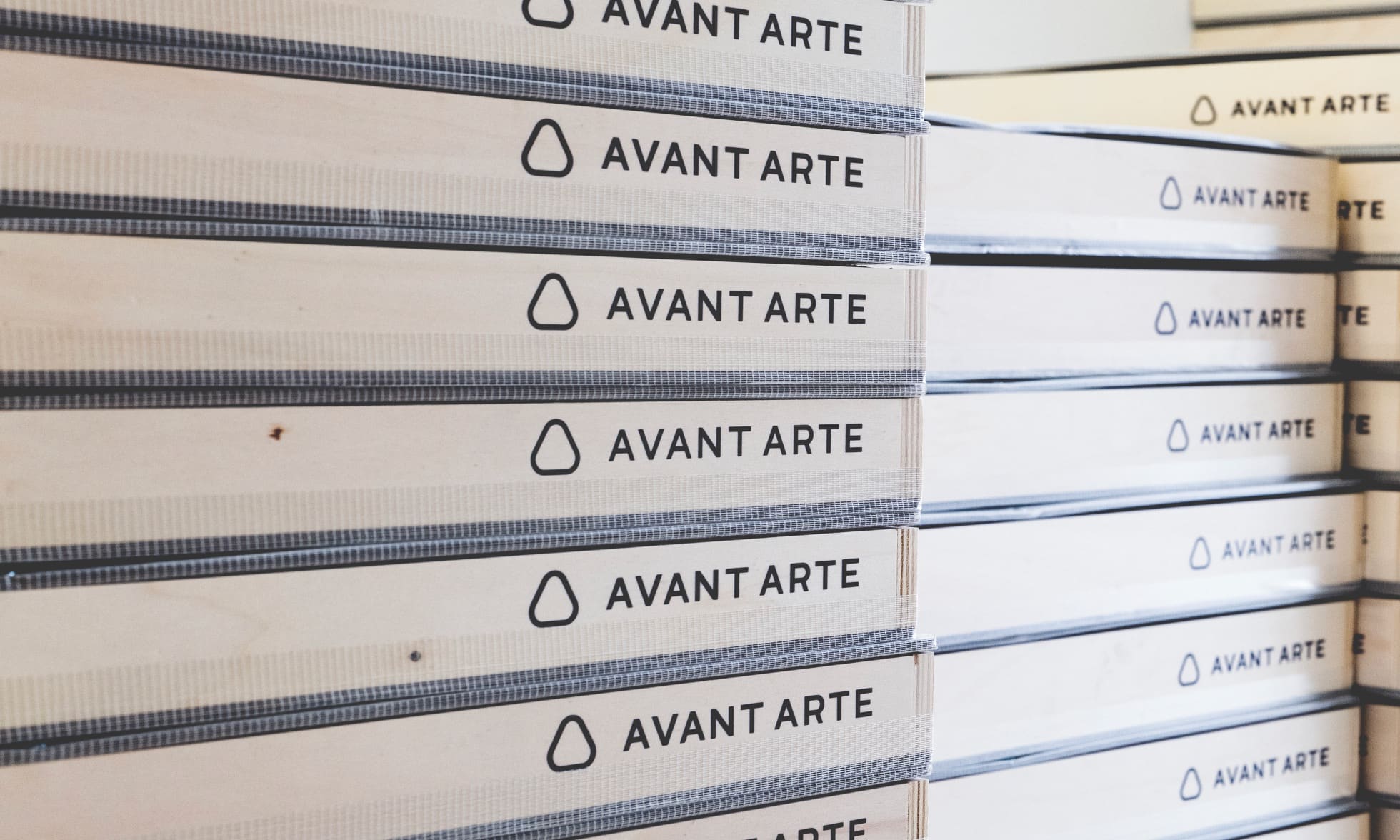 This is why they decided to start a webshop that sold limited editions. If you wanted to buy the original you could spend well into the millions, but Avant Arte’s prices start at €400. “It not only about quality but exclusivity,” Curtis explains, “We print at the best printers in the world and our copies are pretty close to the original, but people can buy them for a fraction of the price. This is how we’re trying to make art more accessible.”

“Artists are often coming to us,” he continues, “but we only sell pieces that we ourselves find interesting. For us, what we offer has to be both from unknown artists and high-end. At the end of the day, the art world isn’t that big, a lot gets done via word of mouth.”

“First, you have to prove yourself”

Just as Avant Arte has to impress artists, they also have to win over customers. “First, you have to prove yourself, especially when it comes to quality. We always send gloves and a certificate with our pieces,” says Curtis, “These types of things work.” 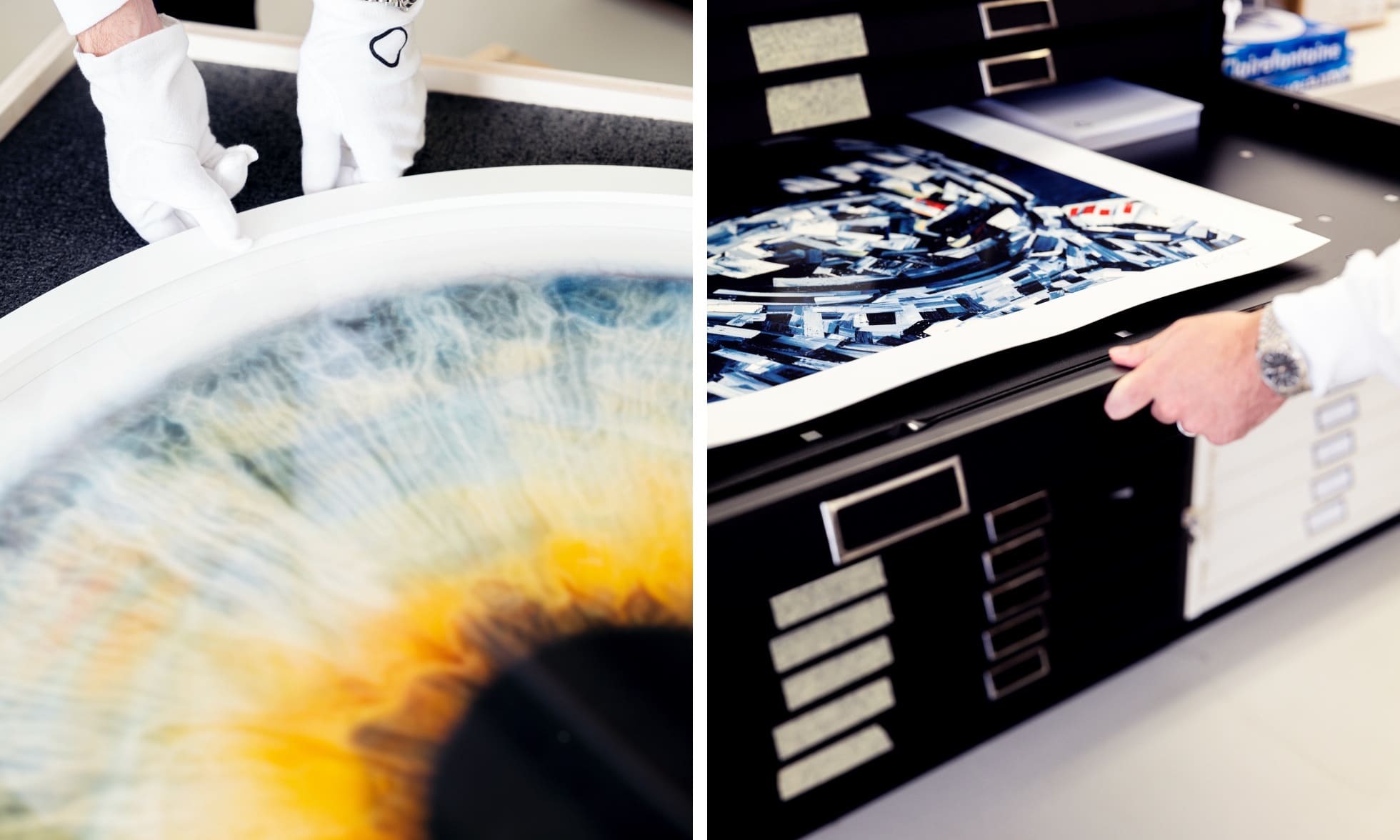 And this became clear during the interview when Curtis received an email from a customer that was super enthusiastic about what they’d purchased, complete with photos of the piece in their house in Hong Kong. “We get reactions like this all the time and we’re personally in contact with a lot of our clients on a weekly basis,” and if they get the chance to go by in person, “we try to, even if it’s outside of the Netherlands”.

Alongside this, they also share a steady stream of inspiration with their audiences. For example, about artists worth following , like Cai Guo Qiang, who makes art with fireworks. This is how the duo also come into contact with audiences that aren’t just art lovers in the traditional sense.

“We’re personally in contact with a lot of our clients on a weekly basis.”

Traffic, and a lot of it

And because of all of the above, Curtis and Christiaan have developed their company into a professional outfit with around ten employees. One of their challenges is dealing with sales during peak periods. “At our last launch, everything was sold out in 20 seconds. Our website saw a lot of traffic,” Curtis explains, continuing, “Everything has to be in order, this goes for payments too." 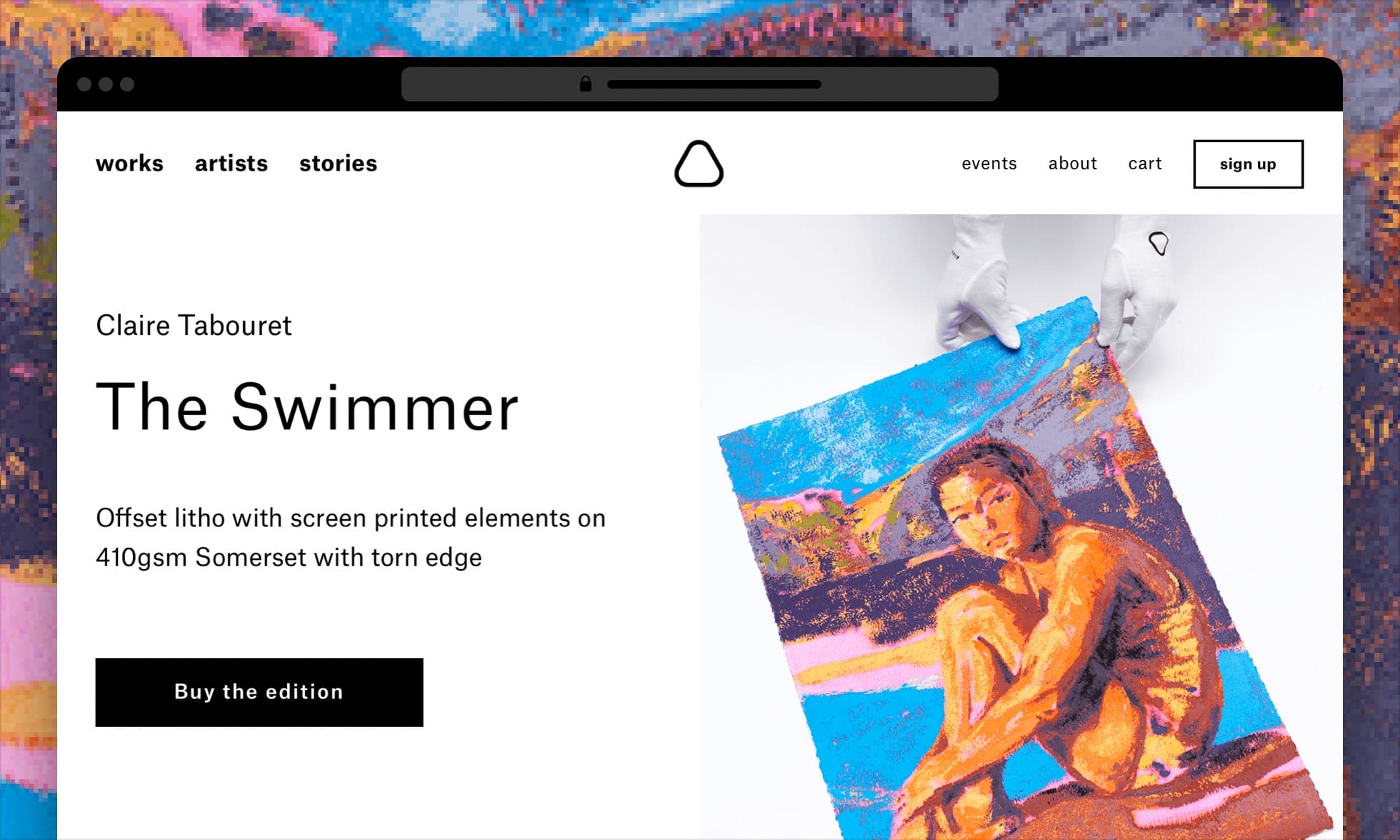 "We have relatively few transactions every month, thus fees aren’t a deal-breaker for us. But security is because we’re talking about large sums of money coming in from all around the world. Many of these are done via credit card,” he says. “At first,” Curtis tells, “I thought if you wanted good security you could only get it at a very large company,” but, “a lot of webshops owners I know use Mollie for their payments and as soon as I did some research, I saw that Mollie has great security.” Next to this, he says, “the customer service is also pretty awesome, but we only needed it in the beginning.”

When we ask about what their plans for the future are, Curtis gives a striking answer: “We want to become even more credible in the art world and we want to get a lot better at what we do, but we’ve already achieved a lot.” And this is how far they’ve come: “There are tons of people that follow us that I’ve always looked up to, and this goes for clients too. If I told you who I’ve been having meetings with, you wouldn’t believe it.”

Still, money isn’t a motivator. “That’s never been the case,” Curtis says, “If I had had a normal job I would have earned a lot more in the first few years than launching my own company.” “If you ask me, if you do what you enjoy and if you’re prepared to learn a lot, then you’ll automatically become successful.”

"We’re happy to be able to help with our devices and get through this crisis together."— Joost Angelier, Refurbished.nl