The BLADE company is a startup within Heineken that focuses on marketing the Heineken Blade in the Netherlands. The Blade is a beer tap system for the business market, unlike at-home tap The Sub. The product was launched internationally by Heineken Global in late 2017, initially intended as a beer tap solution for small catering establishments that do not have a tap. This was a solution to a problem that doesn’t exist in the Netherlands, since every bar here already has a tap. This startup was therefore created to explore the market possibilities faster and more flexibly than a large organization like Heineken can do itself.

“Our organization is very good at doing things on a large scale, but if that organization makes a mistake, it can be pretty expensive,” says Derk van Haastert, Manager at The BLADE Company. “That’s why we created a side entity that would have plenty of space to try things out and experiment.” A team was subsequently put together, which included four employees from both within Heineken and elsewhere. “Then we started looking at what could work in the Netherlands. What kinds of problems are there that this tap system could solve? We ultimately identified two scenarios: Heineken 0.0 in the catering sector and company parties.” 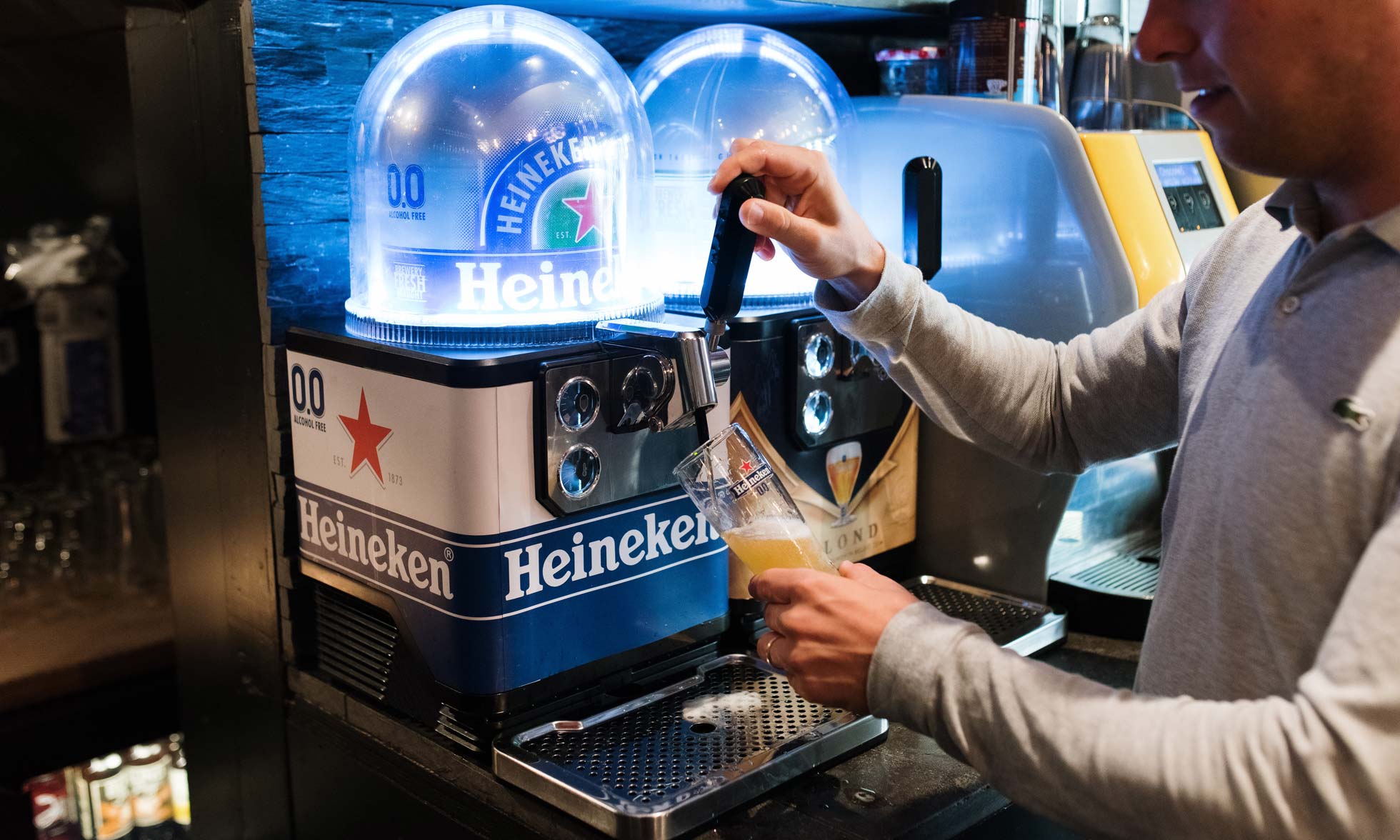 Based on data from the catering sector, the team saw that an increasing amount of Heineken 0.0 was being sold. Research then showed that the figures weren’t yet high enough to make it worth hooking up an entire keg. Derk: “In the catering sector it’s all about serving the product as quickly as possible, with the minimum number of actions. So if you first have to put an entire crate of beer in the refrigerator and then open and pour the bottles one by one, that takes too much time. With The Blade, you simply plug it in and that’s all there is to it. People also like the taste of draft beer more than bottled beer. It makes the situation a lot more efficient and creates a better quality experience.”

The team had similar findings regarding company parties. “Based on a number of assumptions, we conducted research among employers and employees. The results showed that employers create moments when people come together, since this boosts the company culture and ultimately improves productivity as well.” In other words: parties. “But if you have to lug a bunch of crates from the supermarket and someone forgets to put them in the fridge, then you’ve got lukewarm beers at your party. The Blade makes this a thing of the past. At company parties, people really enjoy being able to pour their own beer from the tap, too. That adds to the atmosphere. And it’s not about the alcohol, by the way: it’s about getting together.”

“It’s not about the alcohol, it’s about getting together.”

The team went through a lot of trial and error to get to this point. These efforts resulted in a number of important lessons learned, which led the team to change not only the story, but also the product range. Derk: “What are we actually offering, and does it really work? Our product was aimed at the catering sector: these establishments all have a sink, but businesses do not. Then we came up with the premium package, which includes a small sink. That one is a big seller among businesses. Our clients in the catering sector want promotional material: ‘we now have 0.0 on tap as well’. These are small things, but they can make a big difference.” 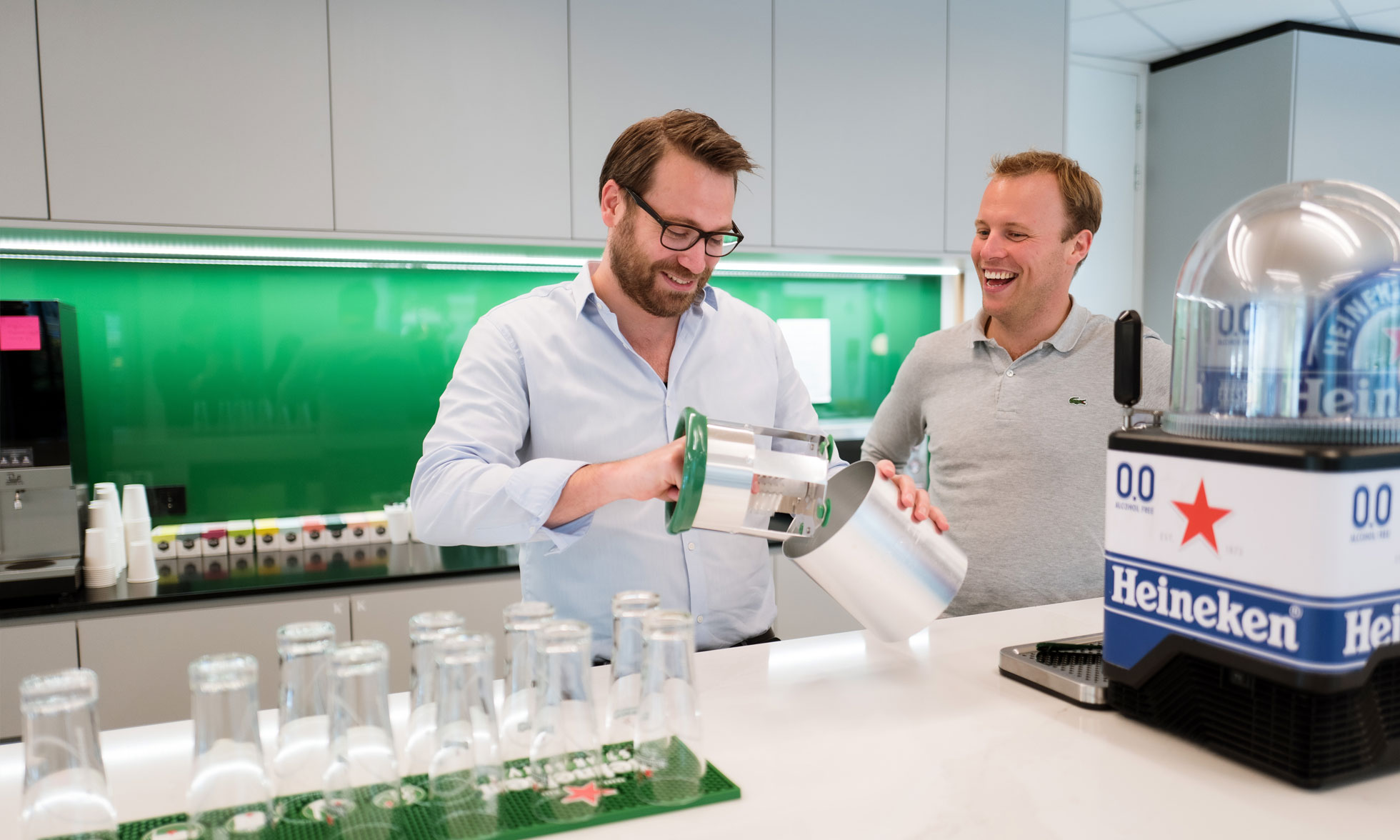 Having a good time

Another big difference is the story. Derk: “We started out with a technical and purely functional focus: it’s a tap, it chills the beer, it has this much capacity. Then we started to place more of an emphasis on the emotional aspect: it connects people. You can see that in the responses as well. It’s an entirely different conversation. First it was about how the system works, now it’s about having a good time.”

The BLADE Company is now investing heavily in the latter. “Last year we ran a campaign: the biggest company party in the Netherlands, in which we encouraged people to organize a get-together and share their photos. We were so energized by the response! We received photos from all over the country, from nail salons to flower bulb growers to marketing agencies and everything in between, where people were having fun together at work. This was also reflected in the evaluations: participants could win prizes, but 98% stated ‘having a good time’ as the most important reason for taking part. Heineken as a company believes it is very important to create that social connection, and our tap system is at the center of these moments.” 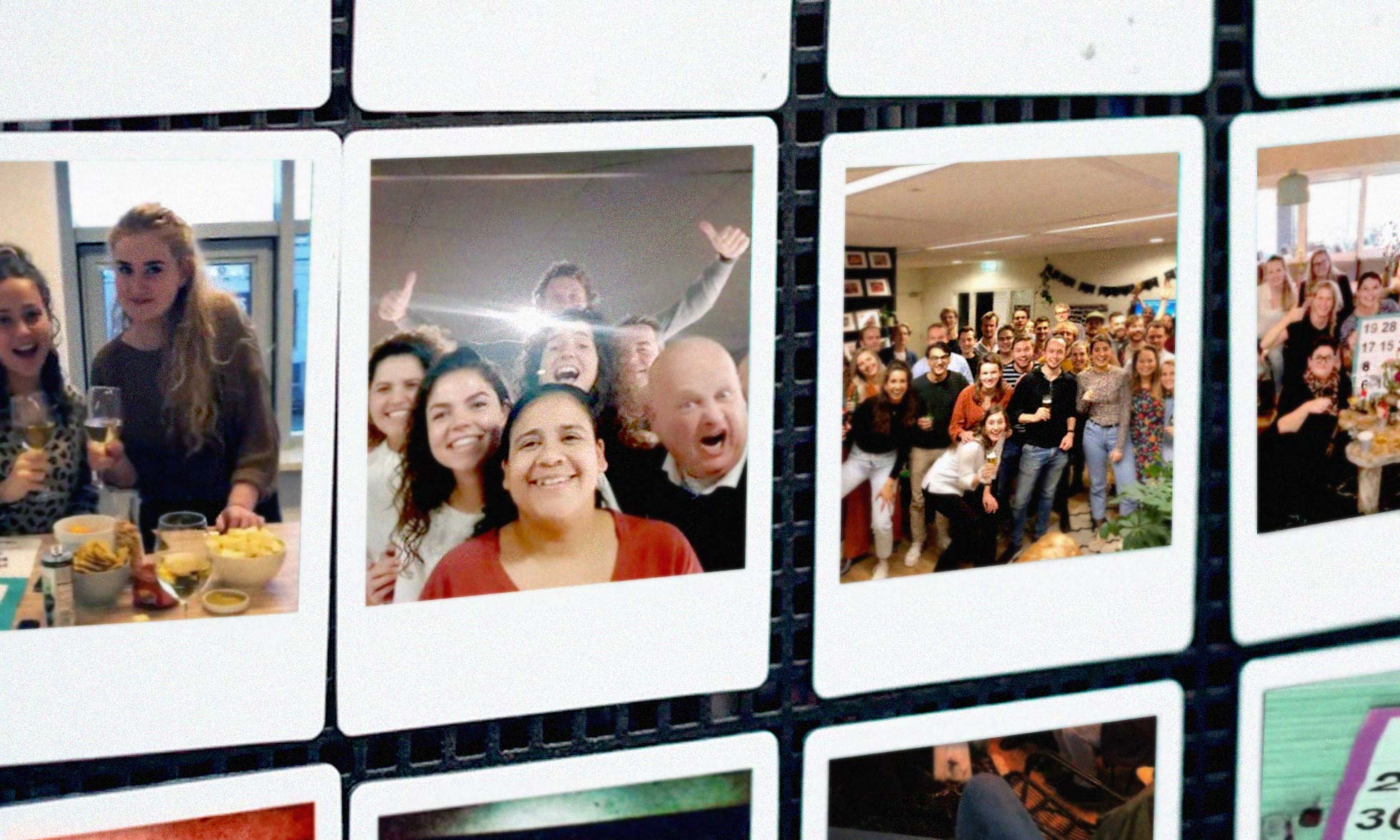 Many pros, without the cons

This success can largely be attributed to the startup. “The fact that we’re part of a company like Heineken has many advantages: we have capital and we can access resources. Meanwhile, we’re able to avoid the disadvantages: namely the slow pace of a corporate organization.” That’s also the reason why the team decided to set up a separate web shop, even though Heineken already has shops of its own. Derk: “You lose speed if you don’t have that freedom. We chose to use our own platform so that can we can make changes directly, otherwise we would have to get approval first. We can continuously run A/B tests without anyone having to give their opinion about it.”

Operations Manager Ivo: “The most important decisions were made based on convenience. We wanted everything to work straight out of the box, so to speak. We ended up choosing Shopify Plus, and there are several payment service providers that can be enabled with just a few clicks, including Mollie. I set up the integration myself, which means it’s really simple. We contacted Mollie, got good rates and that was it.

Because of the speed that we wanted, we used Shopify’s own payment solution for a little while since it was included anyway. But there were often processing delays and payments wouldn’t go through. That never happens with Mollie. In addition to the simplicity, with Mollie we have better conversion results and a better customer checkout experience. And the fact that I’ve literally never spoken to Mollie’s customer service means that it works, right?”

“The fact that I’ve literally never spoken to Mollie’s customer service means that it works, right?” 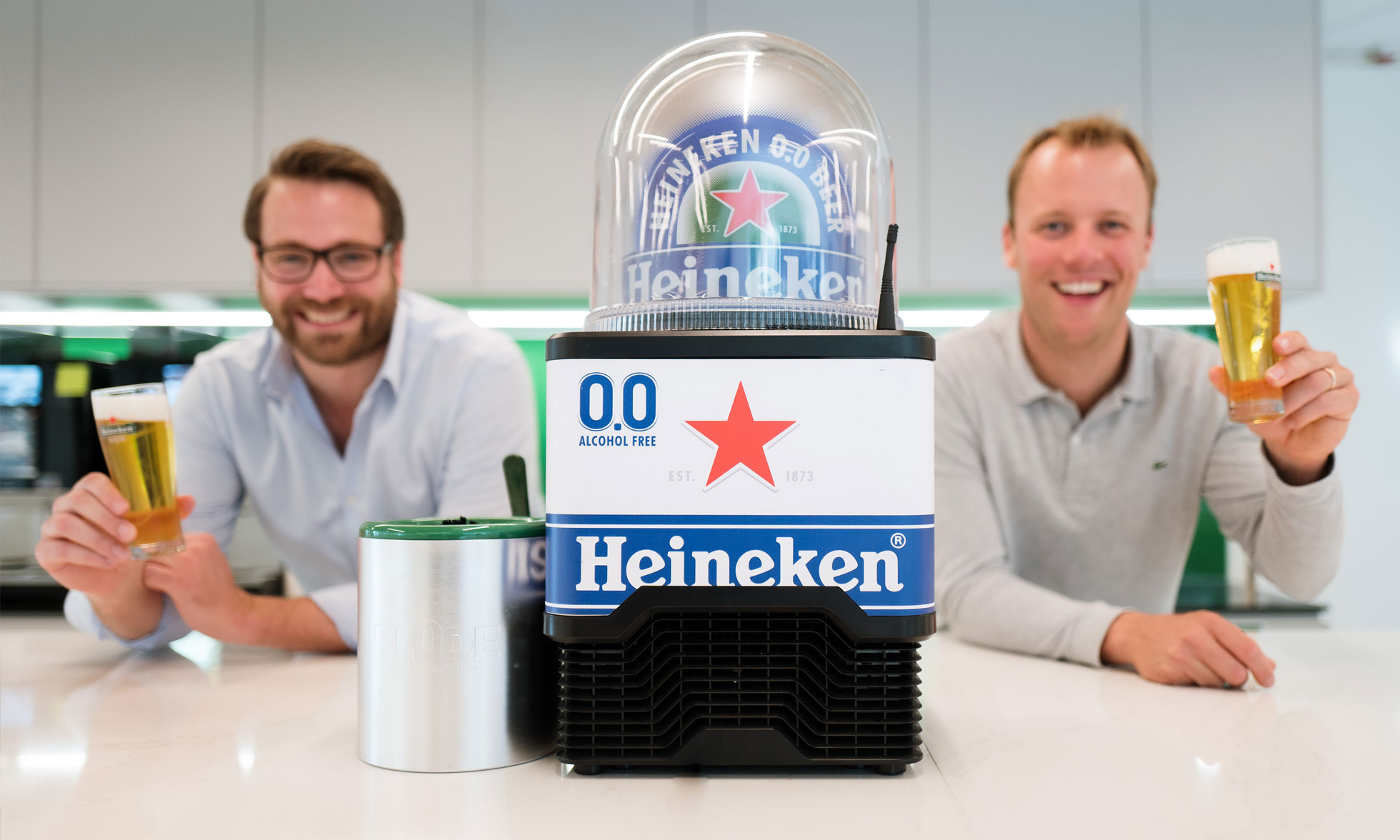 So The BLADE Company is a success? Derk: “We have achieved very clear growth within both the catering sector and company parties, in terms of tap system sales as well as keg purchases. We’re pleased with the growth and the numbers. At the moment we’re also serving as a source of inspiration for other countries, where similar initiatives are emerging, but completely different things are successful. Spain is doing all kinds of things with cider, for example, which wouldn’t work in the Netherlands. There might come a time when Heineken takes over and our job is done, but for now we see plenty of opportunities to keep testing, experimenting and growing.”

“We’re always looking to see what can be automated.”— Max Klijnstra, Otrium