NEW: UK businesses can get paid in GBP (£) with Mollie. Learn more & join the launch list.

In the era of Amazon Prime, same-day shipping, and seamless subscription services, offering a product that’s intended to last a lifetime is a radical act. However, companies that offer the kinds of time-tested, heritage products that you hold onto forever typically don’t also boast the customer experience of a modern e-commerce company.

Ernest Wright is one company that proudly does both, offering handmade, craftsman-quality scissors with a 120 year history — all from a refreshingly simple web-shop powered by WooCommerce and Mollie. 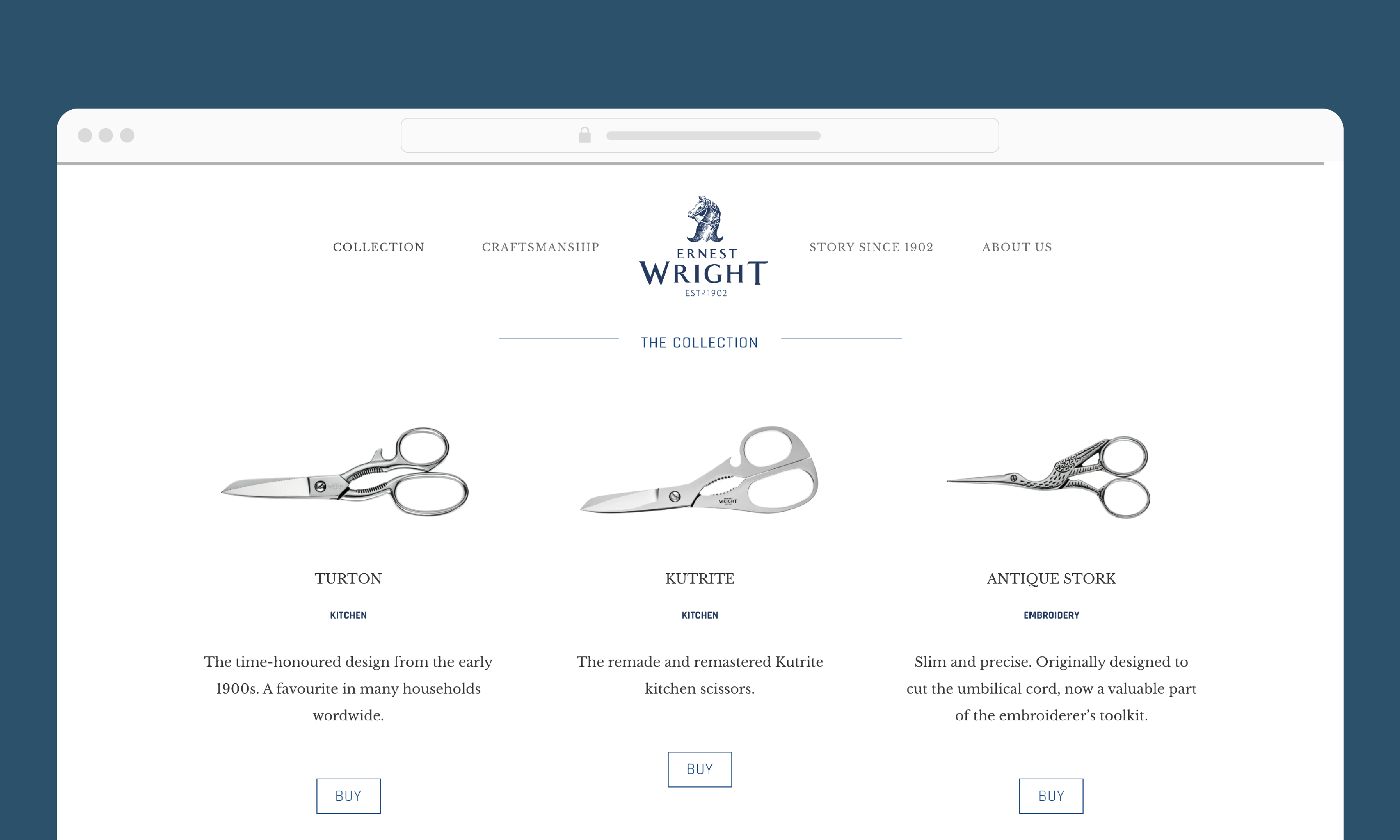 Paul Jacobs, a business developer who took over ownership of the Sheffield-based company in 2018, says this old-meets-new ethos is core to his motivations as an entrepreneur.

“Where heritage and old techniques are effective, we use it. But we have a web shop, and that should be state of the art, right?”

“There’s no reason to have a 1999-style webshop. So yes, we are an old company, but if you look at the website, it represents what we stand for today.” 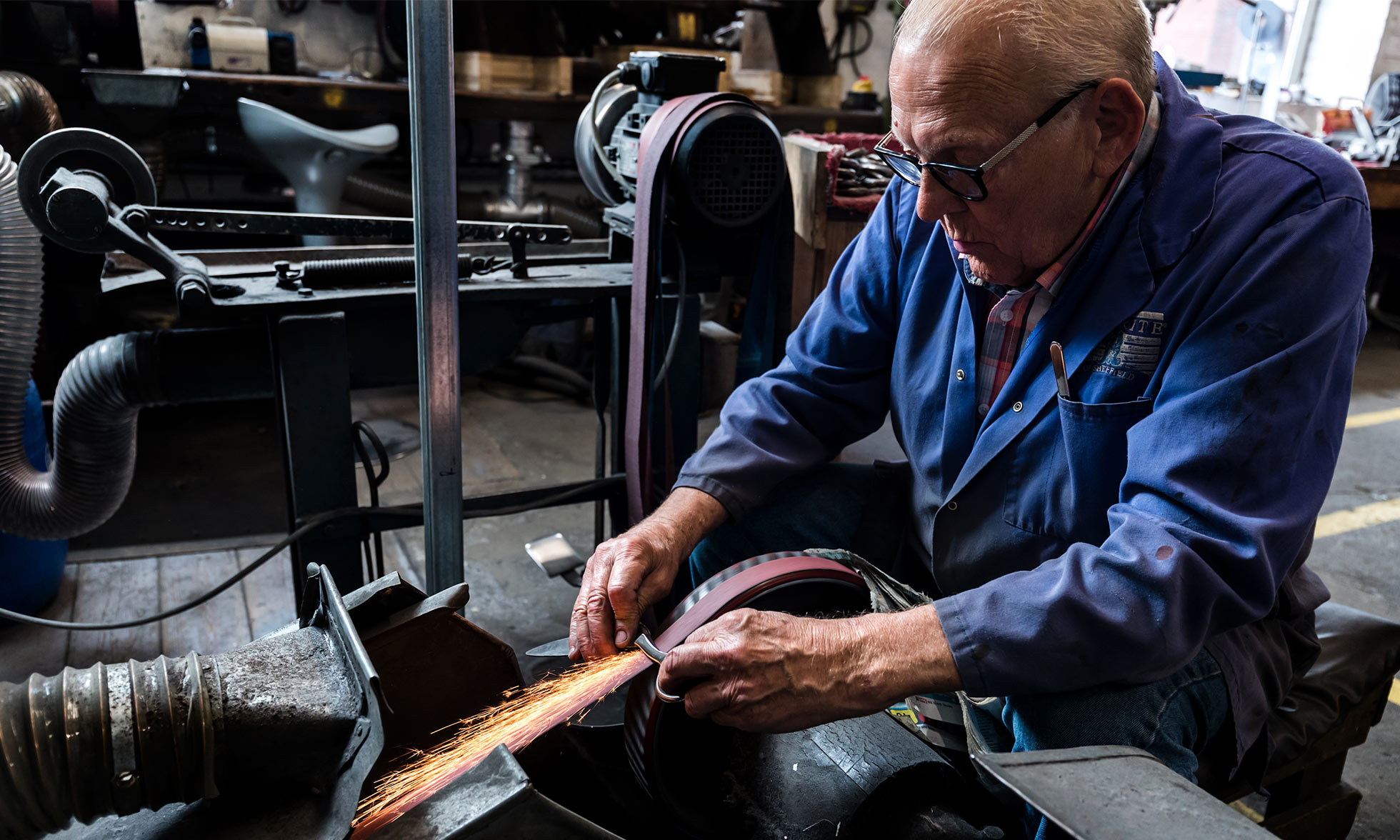 In taking over Ernest Wright, Jacobs has not only ensured the survival of the company itself, but also helped keep the skillset that started it alive. In 2017, England’s Heritage Craft Association named scissor-making as one of its Critically Endangered crafts on its annual red list. Part of Jacobs’ responsibility now is making sure the knowledge from the company’s old master “putters” — the technical term for craftsmen who put the scissors together — gets transferred down to a new generation of five craftsmen the company currently employs.

“There was a drive to educate new young people into this craft and transfer the knowledge.” Jacobs says. “I’m not a craftsman at all. But as an entrepreneur, I want to know: Why are you doing something? Why are you using this? So we brought a more academic and analytical approach to the business. And we educate the young people, we streamline processes, but we always keep the heritage.” 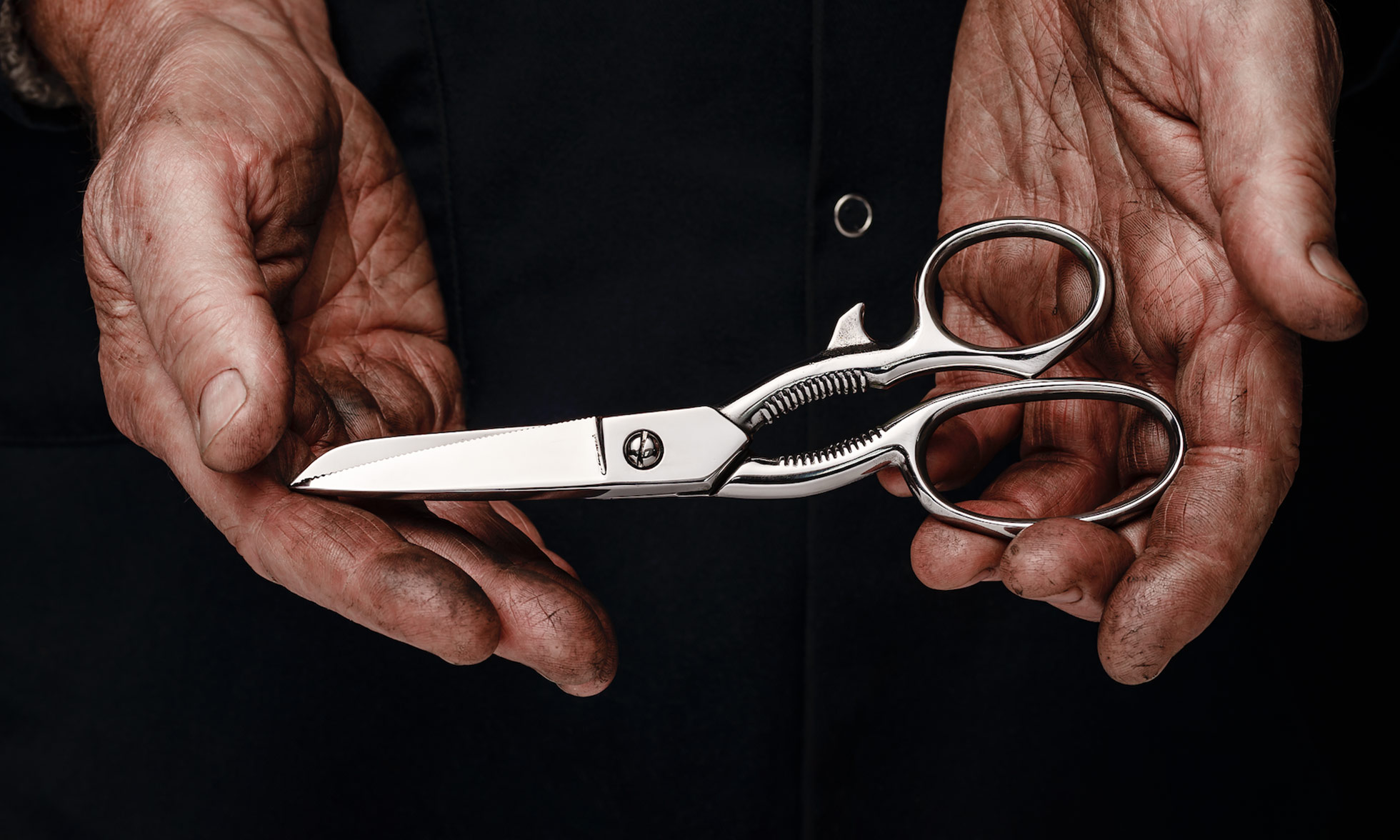 As an entrepreneur, Jacobs has always been guided by a commitment to three principles: people, planet, and profit. These principles are present in the fundamentals of Ernest Wright, from the simple insistence that it’s profitable — “otherwise the company itself is not healthy,” Jacobs frankly points out — to the health and environmental impacts of the materials the craftsmen use.

It also applies to what Ernest Wright offers: A lifetime-guaranteed product that serves as a welcome antidote to our instant gratification-obsessed consumer culture.

“We are living in an almost throw-away society,” Jacobs says. “With the Amazons of this world, we buy something and we expect that it’s on our doorstep in 24 hours. And then maybe three weeks later it’s not even working anymore, so you buy another new one. But in that kind of environment, you do not expect anymore that what you’re buying is top quality.”

While Ernest Wright’s customers are right to expect a higher price point and a longer delivery time, Jacobs says by the time they visit the website, they should know that they are there to buy something different. Something, the brand promises, that will be worth the wait.

“We’re focusing on stuff where you buy one thing you love forever,” Jacobs says. “So buying high quality doesn’t mean buying brands to show off. No. It means high quality things you can use and you will use for the rest of your life. So you buy a pair of scissors once. And yes, it is a little bit more money, but in the long run it will be less expensive. So if you don’t lose it, and you take care of it, you have it your entire life, and it will cut much better.” 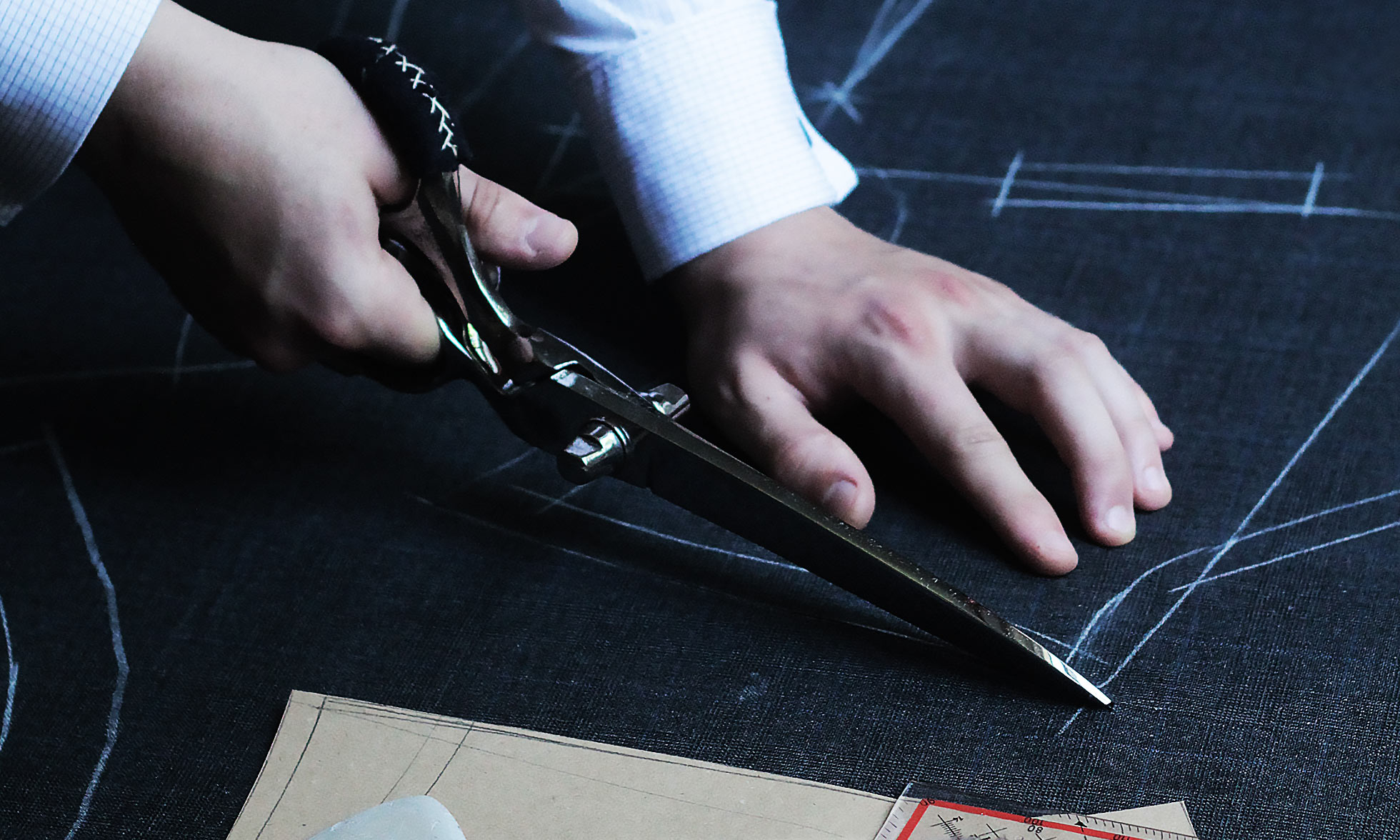 Ernest Wright’s customer base theoretically includes everyone from the expert tailor on Savile Row to the novice millennial who’s teaching herself how to make her own jeans. But finding those customers is an organic process which, other than social media posts, doesn’t involve any paid advertising, formal marketing, or hard sales techniques.

Having such a broad customer base has meant integrating with Mollie to find payment methods that work in each region has been vital. As has offering region-specific payment methods that go beyond mere credit cards and PayPal, such as iDeal in the Netherlands and SOFORT in Germany.

In fact, Jacobs was an early adopter of Mollie, first using it with a prior business venture in 2010. Part of the appeal was the fact that using Mollie to integrate with WooCommerce was “very easy,” and in fact Jacobs has used that same API integration across six other webshops he’s involved with.

Jacobs is also a fan of Mollie’s pick-up-the-phone-and-talk-to-a-human style of customer service. It’s a value that’s also present in Ernest Wright, which employs two full-time staff for customer care via phone and email, rather than relying on chatbots which don’t solve the customer’s problem in a satisfying way.

“What we do in our company is personal care for our customers in a traditional way,”

Indeed, we suspect that taking care of your customer — while offering a time-tested, unparalleled product — is a business strategy that will never go out of style. 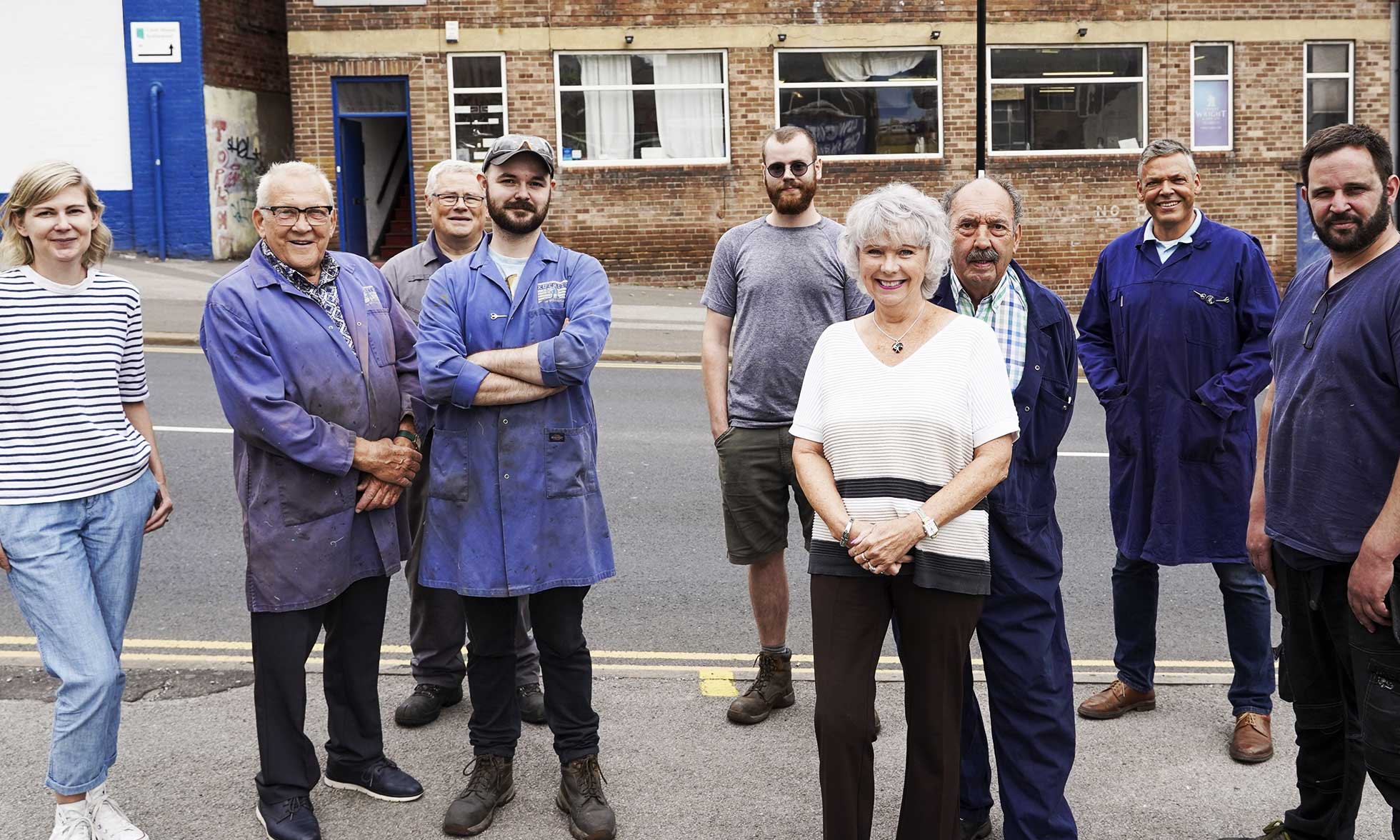